Theremin on Kyle Clark's Next on 9News : Scientists trying to find source of mysterious radio waves

Radio bursts repeating every 16 days were recently detected by an array of telescopes in Canada. For some reason, theremins were relevant. 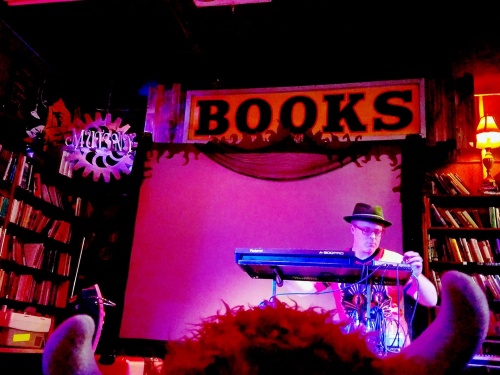 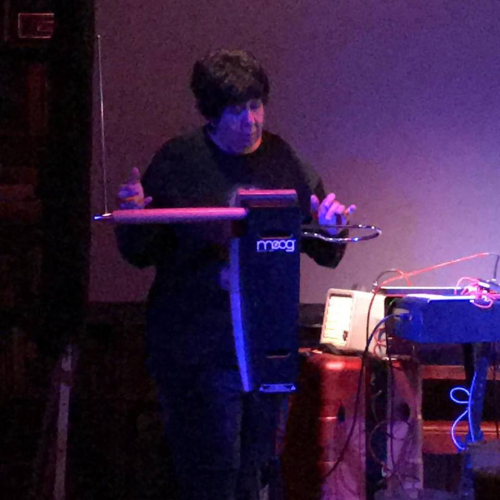 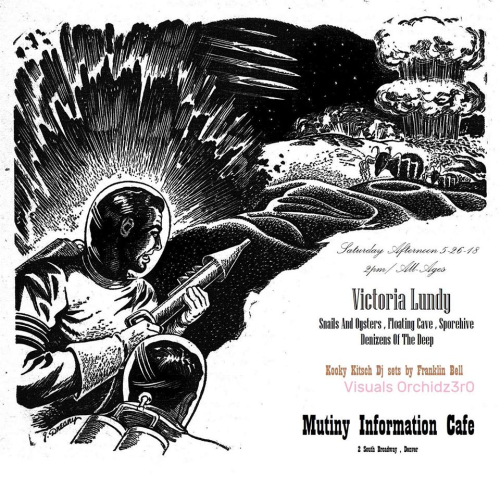 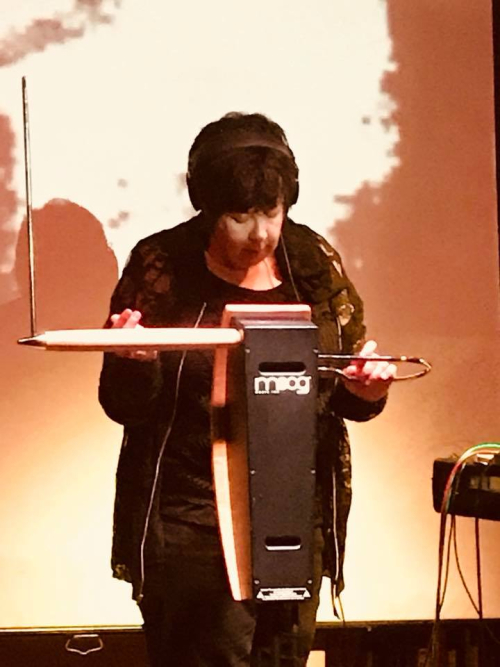 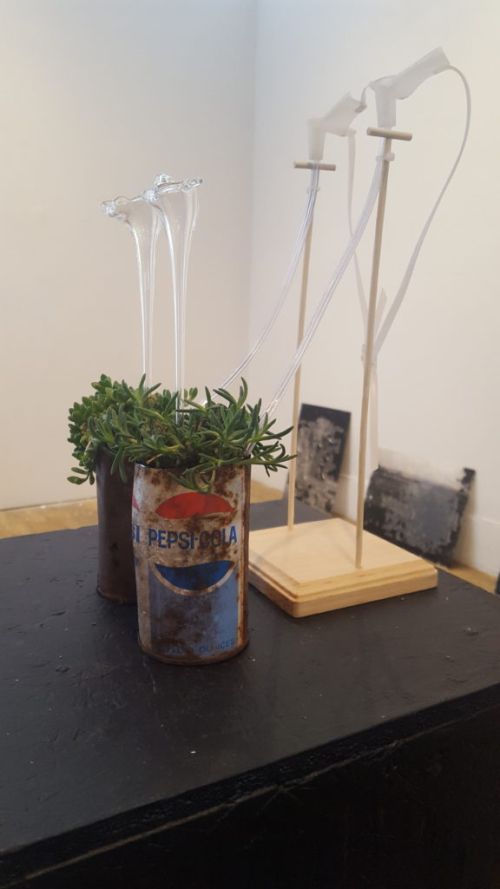 "What do we do with our grief? When we approach others with it, they may recoil from us, wanting to focus on “happy things.” They may crowd around us with support, although the support might not be more than a digital thumbs-up and an awkward smile in public. In most cases, people don’t know what to do, especially if tears are involved." 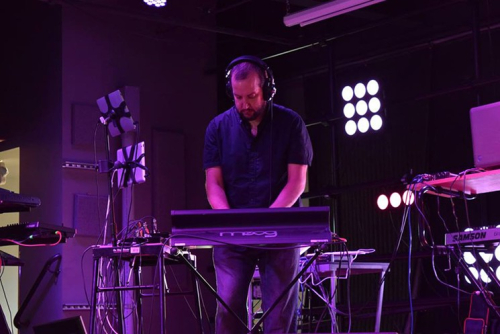 Colorado has a bevy of great synthesizer artists, and not all of them are producing electronic dance music. We searched far and wide to create a list of synth masters, with a particular focus on people working on the fringes of club culture and pioneering new ways of using their instruments to craft music. Here are twelve of our favorite Colorado synth wizards.

Strangely enough, I've been nominated in the Avant-Garde category in the Westword Music Showcase. If you would like to vote in the poll, go here. Deadline for voting is 11:59 p.m. on Sunday, June 25. 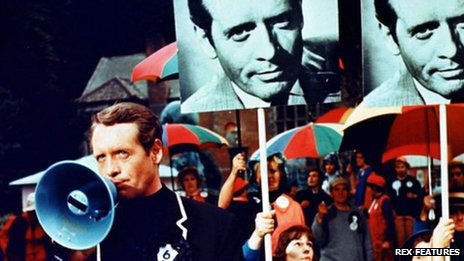 Thanks to Susan Froyd for the profile!

I'm super excited to be a part of a show that Thomas Lundy has been trying to get to the Metro area for more than a year...thanks to Ryan Seward for inviting me!

Jaap Blonk (born 1953 in Woerden, Holland) is a self-taught composer, performer and poet. He went to university for mathematics and musicology but did not finish those studies. In the late 1970s he took up saxophone and started to compose music. A few years later he discovered his potential as a vocal performer, at first in reciting poetry and later on in improvisations and his own compositions. For almost two decades the voice was his main means for the discovery and development of new sounds. From around the year 2000 on Blonk started work with electronics, at first using samples of his own voice, then extending the field to include pure sound synthesis as well. He took a year off of performing in 2006. As a result, his renewed interest in mathematics made him start a research of the possibilities of algorithmic composition for the creation of music, visual animation and poetry. 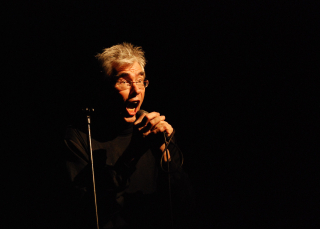 As a vocalist, Jaap Blonk is unique for his powerful stage presence and almost childlike freedom in improvisation, combined with a keen grasp of structure. He has performed around the world, on all continents. With the use of live electronics the scope and range of his concerts has acquired a considerable extension.

Besides working as a soloist, he collaborated with many musicians and ensembles in the field of contemporary and improvised music, like Maja Ratkje, Mats Gustafsson, Joan La Barbara, The Ex, the Netherlands Wind Ensemble and the Ebony Band. He premiered several compositions by the German composer Carola Bauckholt, including a piece for voice and orchestra. A solo voice piece was commissioned by the Donaueschinger Musiktage 2002. On several occasions he collaborated with visual computer artist Golan Levin.

Blonk's work for radio and television includes several commissioned radio plays. He also makes larger-scale drawings of his scores, which are being exhibited.

He has his own record label, Kontrans, featuring a total of 22 available releases so far. Other Blonk recordings appeared on Staalplaat, Basta, VICTO, Ecstatic Peace, My Dance The Skull, Monotype, Plant Migration Records, Elegua Records and Scumbag Relations. His book/CD 'Traces of Speech' was published in 2012 by Hybriden-Verlag, Berlin. A comprehensive collection of his sound poetry came out as a book with 2 CDs in August, 2013, entitled "KLINKT".

FARRELL LOWE | A multi-instrumentalist concerned with the exploration and expansion of the language of improvisation and the development of the individual voice. Farrell has played with Ron Miles, Fred Hess, Don Cherry, Glenn Taylor, Erik Deutsch, Glenn Nitta, Terry Sines, Gordon Kennedy, Jack Wright, and a multitude of others in band and improvisation contexts.
https://soundcloud.com/farrell-lowe

MATT SMILEY | Matt Smiley is a bassist, composer and educator who has performed in a variety of musical settings over the last fifteen years.  He has performed recently with legendary jazz musicians Terrell Stafford and Greg Osby, and worked with composer Alvin Lucier. For the last five years, Matt has assisted Dr. Paul Elwood with the University of Northern Colorado’s Open Space Music Festival and worked with festival artists Stephen Drury, Christian Wolff and Jean-Claude Risset.
http://mattsmiley.bandcamp.com

RYAN SEWARD | Ryan Seward is a percussionist, improviser, composer, and sound artist based in Denver, CO.  His improvisational work centers around approaching the drum as a site of resonance and employing various techniques and preparations to achieve an extensive timbral palette.  Seward curates the record label, emic rite, to document his own work and the work of other living experimental and contemporary improvisers, composers, and sound artists, especially those of the American Mountain West.
http://ryansewardmusic.bandcamp.com 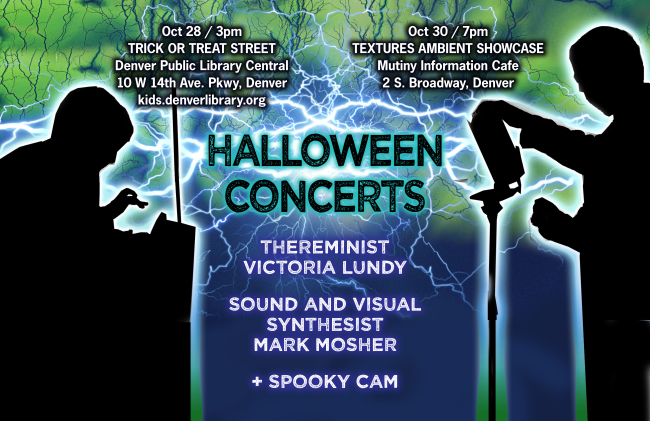 Mark Mosher and I will be performing as part of the Denver Central Library Trick or Treat Street. He will be using Resolume with real-time camera on the passerbys to add spooky effects to their image.

On the 30th we'll be performing at Textures ambient showcase along with Winter Twig.

Titwrench 8 was a fantastic fest

I really enjoyed playing at Titwrench; an attentive audience, great acts, fantastic event.
There is even a board recording available here.

Here are some reviews of the fest:

Westword:
Titwrench in Its Eighth Year Was an Oasis of Creativity and Mutual Respect 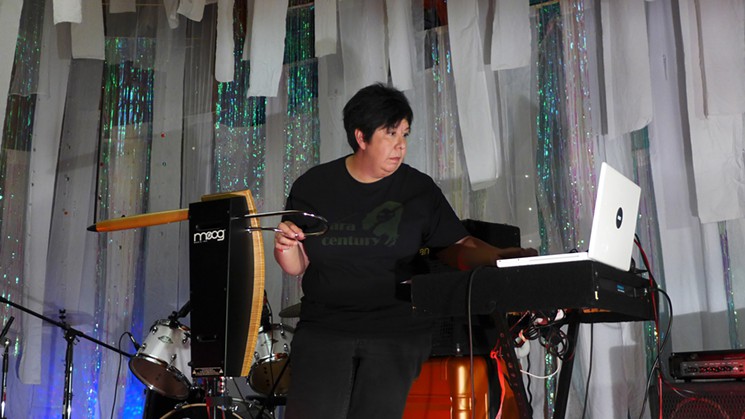 From CRXIEO:
TITWRENCH: This Is What Feminist Art Looks Like

A preview article from Westword:

Next
Theremin-centered electronic music in Denver, Colorado. I play as a solo artist as well as the Carbon Dioxide Ensemble. I'm also a member of acclaimed nerd rock band The Inactivists
Subscribe to this blog's feed